Resistance Training during Chemotherapy with Doxorubicin

Previous Next
Resistance Training during Chemotherapy with Doxorubicin

While this is a pre-clinical study in rodents there are important implications for exercise medicine. Doxorubicin reduces muscle mass and strength however the relatively low intensity resistance training implemented prevented muscle loss and increased muscle strength.

Previous research has shown that resistance training (RT) before doxorubicin (DOX) treatment attenuates the decline in muscle dysfunction; however, the effect of RT during DOX treatment is less known.

Investigate the effects of RT before and during a 4-wk course of incremental DOX treatment on skeletal muscle function.

Here is the link to article… 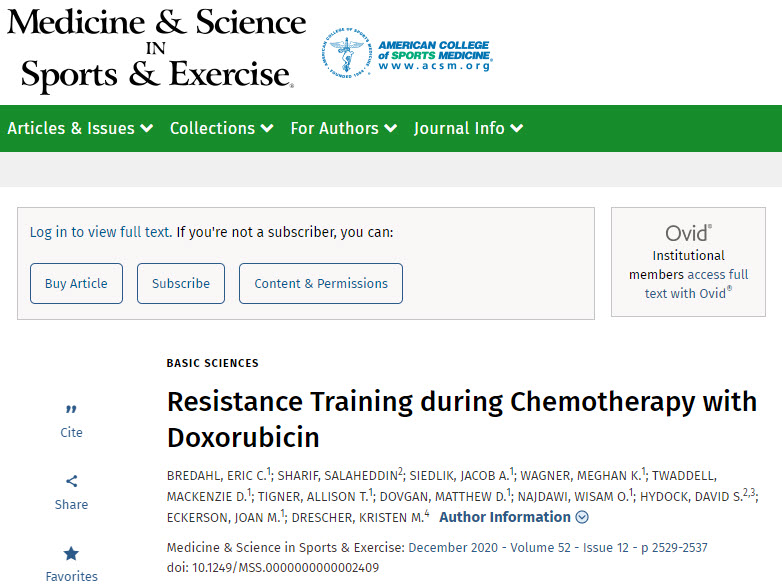